Cats are smarter than you know. 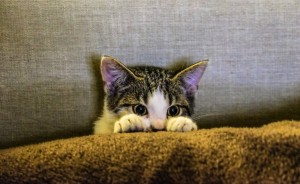 They are aware of things you are not. They know things you don’t and have profound insights into life, love and relationships that can even help you be a better person, if you take time to communicate with them.

Have you ever felt that your cat has something important to communicate with you?

Maybe it’s about their health. They could be in pain and trying to get your attention and help to feel better.

Your cat may need to tell you about something that happened to them.

Cats sometimes want to discuss things they heard that alarmed them.

Or your cat may have concerns or questions about things that confuse or scare them.

If you have cats in your life, you owe it to yourself AND them to learn how to tune in and connect at the heart and mind, how to communicate with them. There is so much they want to tell you, every day.

Communicating with cats is a spiritual journey that will open a whole new world and can even change your life!

One of the client stories that stands out for me about connecting and communicating with cats, and the impact the conversation had, is the amazing story of Barb and Rumery, a tabby cat and his fear of noises and thunder storms.

Rumery’s overwhelming fear of thunder and fireworks was a case I took one summer. Rumery and his person Barb spend time on the beautiful Maine coast at their family cabin each summer. Without fail, they would get tremendously intense thunder storms that would blow through the area. And of course the campers and residents enjoyed have a blast (pun intended) on July 4th Independence Day with fireworks displays.

Barb asked me to communicate with Rumery because he completely freaked out every single time there was a loud noise, thunder or fireworks. 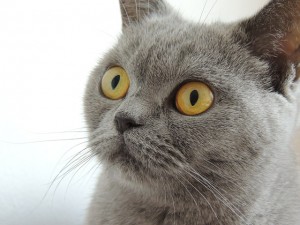 He would leap into the air in terror, sometimes startled out of a deep sleep, and dash off to hide. Sometimes he wouldn’t come out to be seen again for a full day or more afterward.

Instead of just trying to use techniques like Callahan Touch, Emotional Freedom Technique (EFT), Animal Reiki,or BodyTalk for Animals, I began communicating to solve the problem with a heart to heart, mind to mind conversation.

He told me how he felt each time it happened, the jolt to his nervous system and the past life triggers that threw him into a distant past full of loud noises like bombs crashing buildings and disaster.

So I told him that the past life he remembered was just that, in the past. That THAT was then and THIS is now.

In this time, the “now”, the thunder gods were having fun playing games with heavenly light shows and loud laughter that boomed across the land and water whil

e they showered rain down on the earth so the plants and people and pets can survive and thrive.

We communicated about how the atmospheric changes occur and how barometric pressure changes feel on our skin. It’s such a delicious feeling really, when you just explore it without fear or panic.

I suggested that the next time the thunder happened that he simply feel it and enjoy the experience. I also told him that thunder gods can’t see or hear him because they are too loud and big and he is a very small cat. If he is inside a house, he is completely out of their line of sight. And as they say, out of sight, out of mind. They can’t find him.

Relieved and optimistic, he agreed to give my ideas a try next time there was a thunder storm.

Next we communicated about the topic of fireworks.

I asked him, “Have you ever played with something that made a lot of noise?” 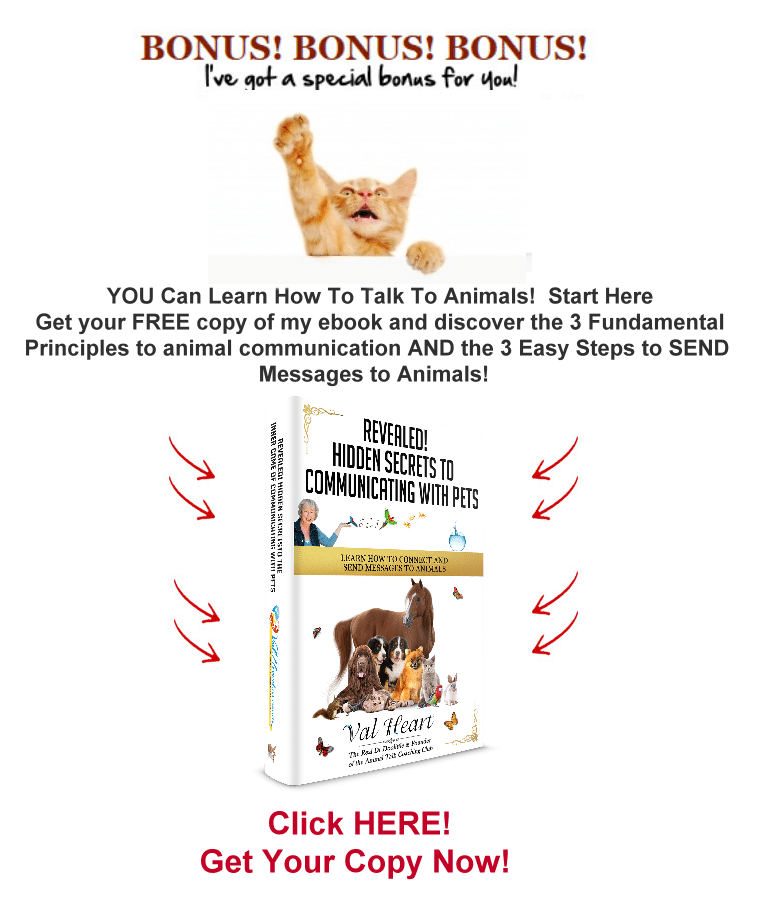 He said yes and that he enjoyed those noises very much.

“Well”, I said, “fireworks are human toys that make a lot of noise and they enjoy it very much too!”

In a “light bulb moment”, he understood that the fireworks were all meow and no bite. Harmless and loud, he could watch them without fear. He could even go to sleep next time and ignore them completely if he wanted to.

And so it was!

The next time thunder and fireworks happened, just a few weeks later, Barb reported that Rumery was as cool as a cucumber. He sat there pretty as you please, laying across her lap, flicking an ear occasionally. Then he laid his head down, began purring and took a nap.

Millions of cats wind up in shelters, unwanted and thrown away, often because of behavior problems. That’s tragic, it breaks my heart! Communicating with cats can make all the difference in the world, for them and for you.

If you’re having problems with your cat, talk to them! They are trying to help you. Together you can work it out and you’ll both be better for the experience.