*Learn How to Talk to Animals with Professional Animal Communicator, Val Heart › Forums › Animal Talk Coaching Club Forum › Here’s my connection with Poppy during the call on 10-10

Tagged: #Stacey P. #Poppy conversation during the Q & A Call. 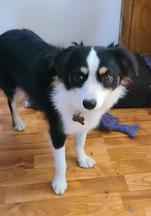