Did you know that animals can see dead people?

They do.  More than most humans, pets are very aware of the spirit world,  They sense energy, extra sensory phenomenon and other worldly beings.

I often encounter an animal that is having a problem with ghosts in my work as a professional animal communicator (pet psychic).

Sometimes we discover that the ghost is unhappy, afraid, unsettled, lost and lonely.  They just need a little help to find their way home.

Sometimes the animal is worried, acting out and scared because the ghost is angry, vengeful and seeking retribution for what happened to them.

Those hauntings are the hardest to find closure with because the ghost has to accept the truth about what happened to them, forgive and let go before they can move on.

And sometimes the ghost is happy and content, peacefully watching out for their loved ones until they are ready to cross over completely into the next life. 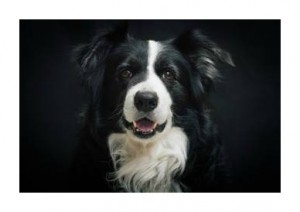 Cassie, a wonderful border collie dog, was behaving very oddly.  She and her human mom, JoAnne, had just moved to an old farmhouse in a new city.  Shortly after they got there, Cassie would bark wildly, fixedly staring at  what appeared to be just empty space.  Nothing her mom did would calm her down.  She carefully watched the ceiling and corners of the room for hours… before wandering off to go do something else.

Worried, JoAnne contacted me for help.  Was her dog suffering a brain tumor? Going crazy? Why was she behaving that way?  And even more importantly, what could be done to help her?

When I spoke with Cassie, she told me about a young girl with blonde hair who appeared in a simple grey, dirty, torn cotton dress.  The ghost girl talked to the dog because only the dog could sense her presence and hear her thoughts.  She had been all alone, isolated and lonely for a very long time.

When I tuned into the ghost girl, she told me her amazing story about how she came to haunt this place.

Her name was Sarah Jane.  She was born in 1885, the only girl among five boys.  Her mother died shortly after she was born.  Her father was a gruff, stern, alcoholic who raised his family with a strong and often brutal hand.  The girl was a nuisance to him, and as soon as she was old enough to walk and carry things, she was put to work taking care of her brothers and father and their homestead.  Her father and brothers abused and beat her just for fun when the mood struck.

She never knew kindness until she was old enough to go to the nearby town for supplies. One day a woman approached her, asking her name.  The woman was concerned about her, having heard about her situation.  The bruises on her face and broken arm spoke volumes. The woman told her that others in the town cared about her, and were discussing how they could best help her.  She encouraged Sarah Jane to have faith and to say nothing.  She would be in contact as soon as they could figure out what to do.

Sarah Jane went home that day with a feeling of hope that something might change.  She was in tears thinking that someone, a stranger, cared about her more than her own family.

But before she could find her freedom, she was again brutalized out by the woodshed.  This time, the beating was so bad that she died when her head hit a log.

Her family didn’t mourn her.  They only found a rough spot to bury her on their property and went on about their business.  There wasn’t even a marker to show for her life lost.

However, for Sarah Jane’s spirit, her beingness continued as a ghost.  Because she had no one who cared about her on the other side who could welcome her and guide her through, and 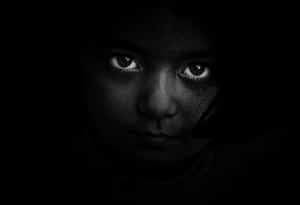 because she knew nothing about what to expect in the afterlife, she found herself stuck on the property.

For years she simply observed the people coming and going as day by day went by. She couldn’t go very far from the house and place she died. No one could see or hear her. Occasionally animals would sense her presence, and she found comfort from that but nothing else came of it to change her existence.

Until one day the nice lady and lovely dog moved into the old farm house. Then? Everything changed because for the first time the dog’s person paid close attention to what her dog was telling her.  JoAnne knew something extraordinary was going on and enlisted my services. Through the gift of animal communication the dog was able to tell someone about Sarah Jane who could then hear her story and help her find peace.

That day as I shared Cassie and Sarah Jane’s story with JoAnne, something even more extraordinary happened.  In a remarkable moment of clarity and remembrance, JoAnne flashed back to a past life. She knew beyond a doubt that she was in fact the woman from the town who had been trying to help the girl. She remembered grieving, feeling sad and guilty that she and her friends had not acted quickly enough to save the girl.

JoAnne told me that she wasn’t even sure why she had moved here to this place. Now that she knew the rest of the story, she realized that she had been called back to make good on her promise to help the child.  With tears in her eyes, she greeted the ghost girl with love in her heart.  They connected and began a deep loving conversation which I helped mediate.

For the first time, Sarah Jane felt loved and cared for.  Cassie calmed down and settled peacefully, knowing everything was okay.

And when Sarah Jane was close by? Cassie would tell her mom.  And all is well. Mystery solved.

Remember, animals have voices, feelings, needs and wants just like we do.  They know things we don’t, and if we will only listen they would love to share their world with us.

After all, part of the fun of having animal partners in our lives is sharing life’s experiences from a variety of viewpoints.

Want to learn how to talk to animals? Click here to view all of my courses that will train you to communicate with animals!

Need a private session with me to talk about your Pet/Ghosts?  I would love to help!  You can find all of my consultations here